A breakfast to remember

Rivalry in the office had brought in problems of ego and hatred between the two best friends who were childhood buddies and had done everything together since their childhood , same school same college even joined the same company .

They decided to erase all harsh feelings and thereby agreed to make a new start by having a breakfast at their old memorable childhood spot , the rooftop dhaba. 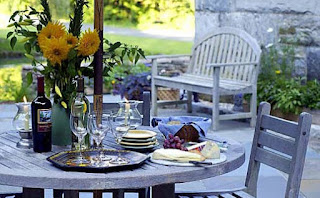 They had a lovely time together , they shook hands gave hugs , had their favourite sandwitches and cakes and glass of juice over the breakfast.

They bid goodbye and promised to be friends and not to have any ego against each other.

Few days later the CEO of their company informed one of them , " I am sorry , I know its harsh for you to hear that we lost your friend and the well deserving employee due to some food poisoning but I had called you to handover the responsibilities of our Australian Project and this letter of promotion ."